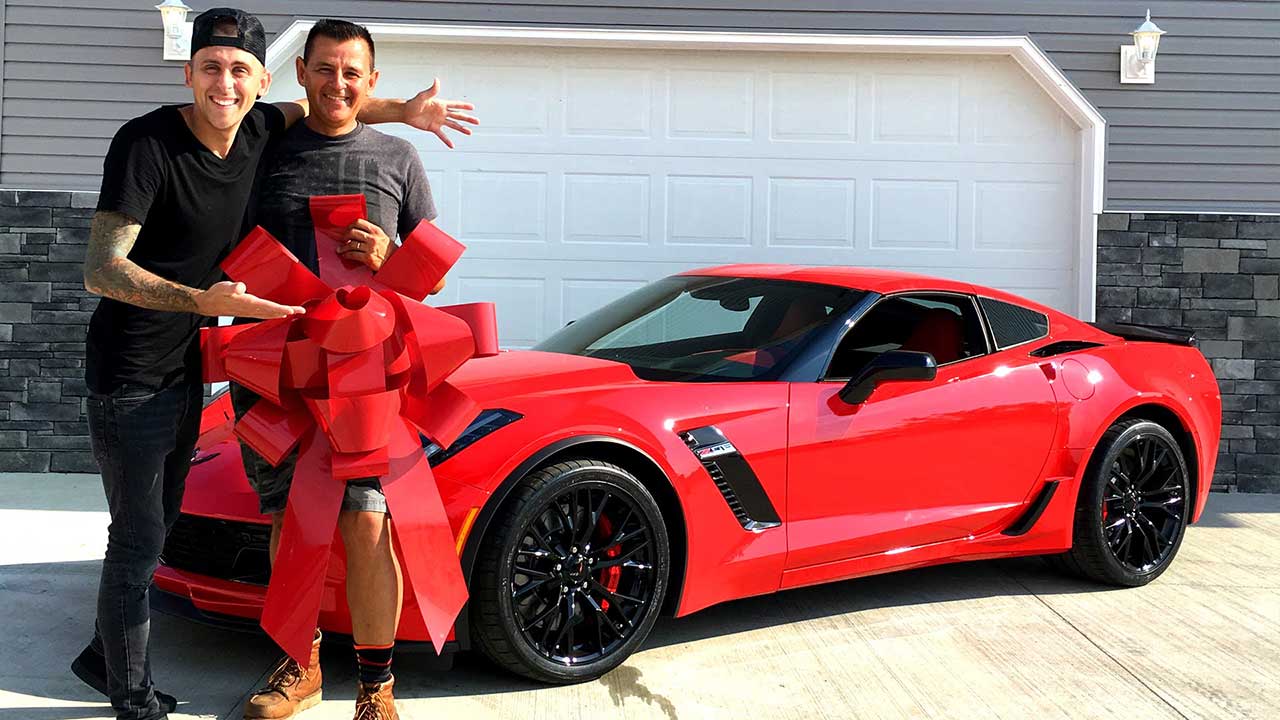 Huge YouTuber Roman Atwood, who has almost 18 million subscribers across his two channels, bought a Corvette Z06 for his father's birthday, which he revealed in a video yesterday. The car is worth an estimated $80,000 before taxes and modifications.

Roman surprised his father by bringing him to a car dealership and telling him to choose any car he wanted. He chose the red Z06 and opted for black hubcaps on the wheels. The car boasts a V8 engine with 650 Horsepower, and can go from 0-60 MPH in 3 seconds. The car also has a removable roof and luxury Napa leather seats.

Roman and his father talked extensively about the importance of family and sacrificing for the good of family. All in all his father seemed very happy to receive the gift, but then again, who wouldn't be happy with a Corvette Z06?

Nice wheels. :) One minor thing - "luxury" car usually means expensive sedan with lots of features. This is a sports car. You could also call it a supercar, but then all the Ferrari and Lamborghini fanboys will flame you. ;)

YouTuber Buys His Parents a Mansion